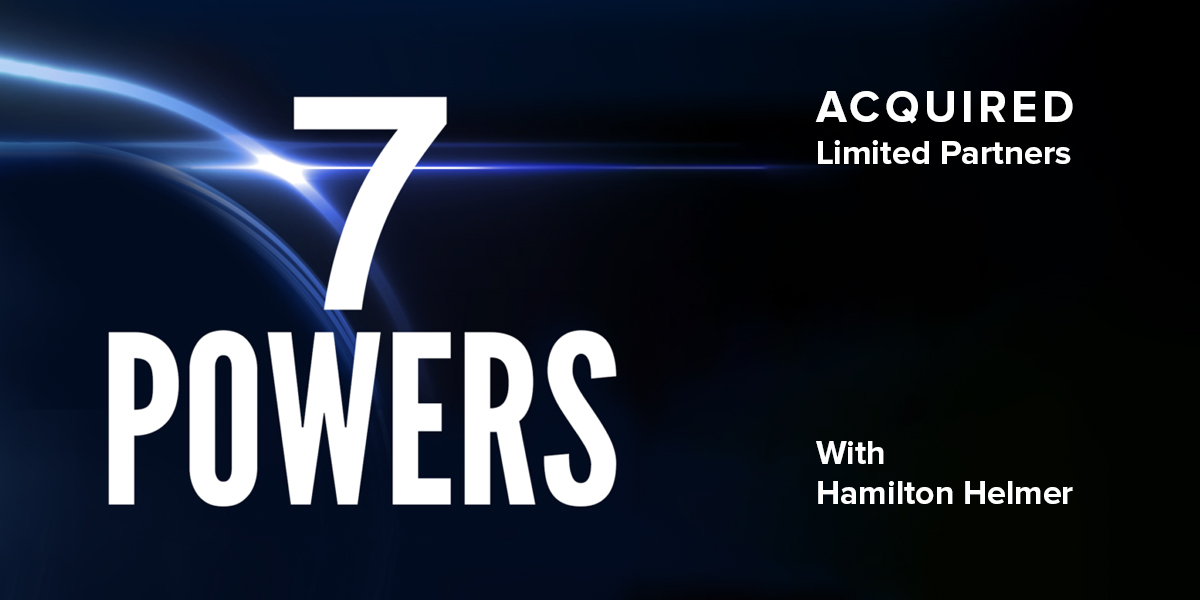 This episode is an absolute must-listen for anyone working or investing in technology companies today, and one we’ve been wanting to do for a long time. Hamilton is the author of 7 Powers, a book that’s considered the best strategy work on the market by such folks such as: Reed Hastings (who also wrote the forward), Daniel Ek, Michael Moritz, Peter Thiel, former CEO of Adobe Bruce Chizen, Patrick Collison from Stripe, Daphne Koller from Coursera, the dean of Stanford GSB Jonathan Levin and Pete Docter from Pixar. Yet amazingly, Hamilton and 7 Powers are still under the radar with the tech community at-large... we hope to start to change that with this episode. :)

We can’t recommend Hamilton’s work highly enough and encourage everyone to pick up the full book at: https://www.amazon.com/dp/B01MRLFFQ7/