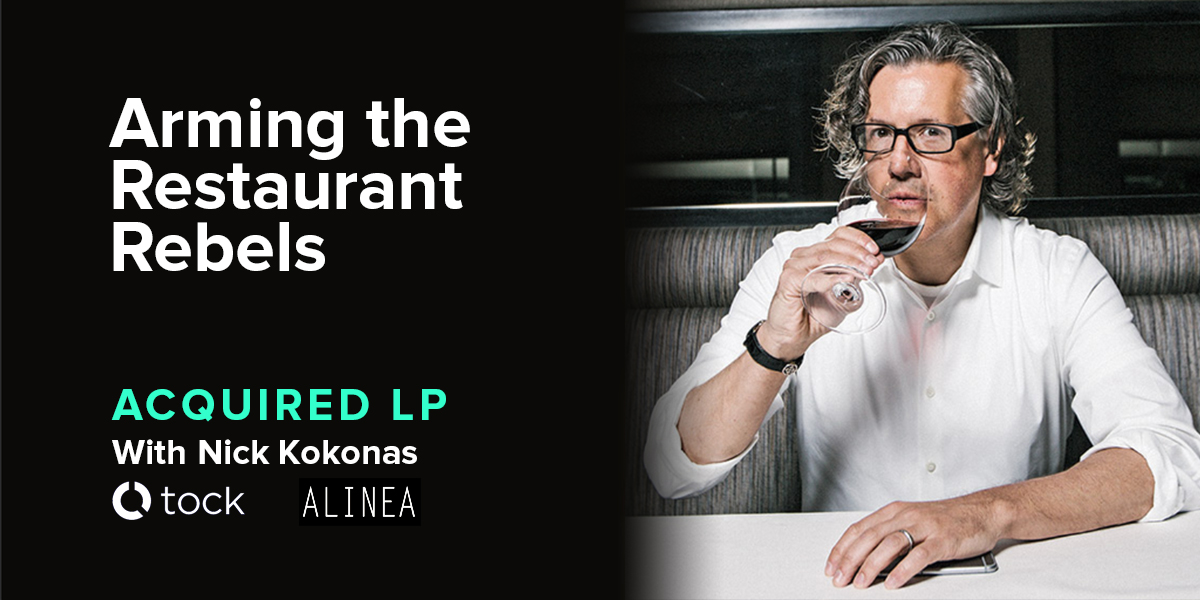 We’re joined by Tock CEO Nick Kokonas to discuss how they’re “arming the restaurateur rebels” versus DoorDash / Uber Eats, in much the same way Shopify has done so for ecommerce merchants versus Amazon. This episode is full of lessons on how to execute a counter-positioning playbook to disrupt entrenched incumbents, including the influence of Nick’s friend / Tock investor and Nobel prize winning economist Richard Thaler. Whether you’re an entrepreneur who’s also building a “picks & shovels” type business or an investor interested in the future of the food industry or disruption in general, this is not one to miss.

There are lots of great replies to help understand the restaurant tech ecosystem, and of course, Nick chimed in with a tweet that led to him coming on the show. (Thanks to Matt Shobe for connecting us!) You can read distilled observations from all the replies here.