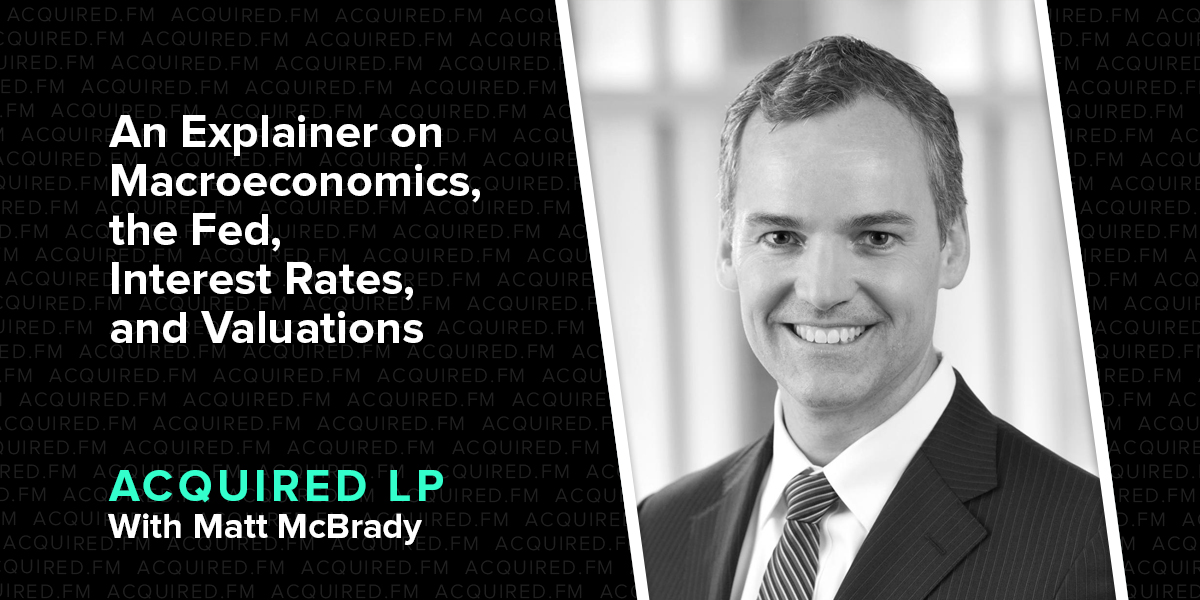 Confused about everything going on with The Fed, inflation and how it affects tech and startup valuations? Or why it seems like every Jerome Powell comment brings out an army of finance's equivalent of fortune tellers and tarot card readers? So were we, so we called up the best person we know to explain everything -- Matt McBrady. Matt may be the only person who's been an academic economist, worked at the US Treasury, run a massive hedge fund AND helped start and sit on the board of two very successful startups, aQuantive and Axon/TASER. Tune in for a crash course in everything you need to know!