How YC Rewrote the Seed Playbook with Garry Tan 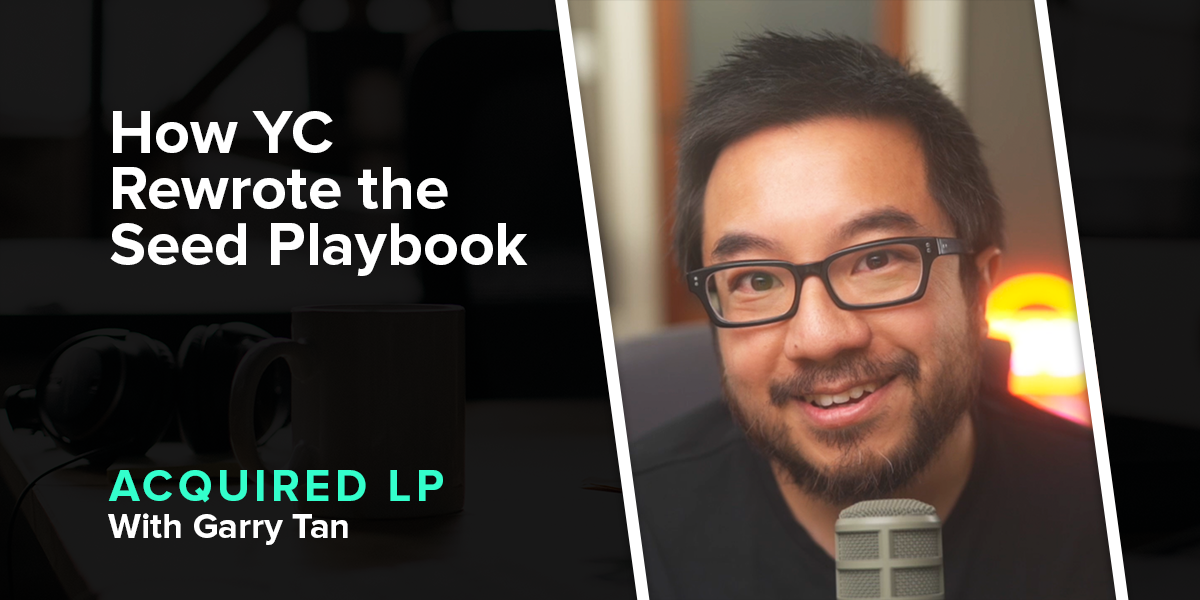 We're joined by Posterous co-founder, former YC partner and current Managing Partner of Initialized Capital Garry Tan to go deep on how YC changed the game for company creation and seed investing, how they thought about building the "cult" of startups, and what lies ahead as the early-stage world continues to globalize and evolve more quickly than ever.

Topics Covered (among others):

1. How the recruiting challenge for early-stage startups led to outside-the-box thinking

3. The blooming of Seed as an asset class alongside and around YC