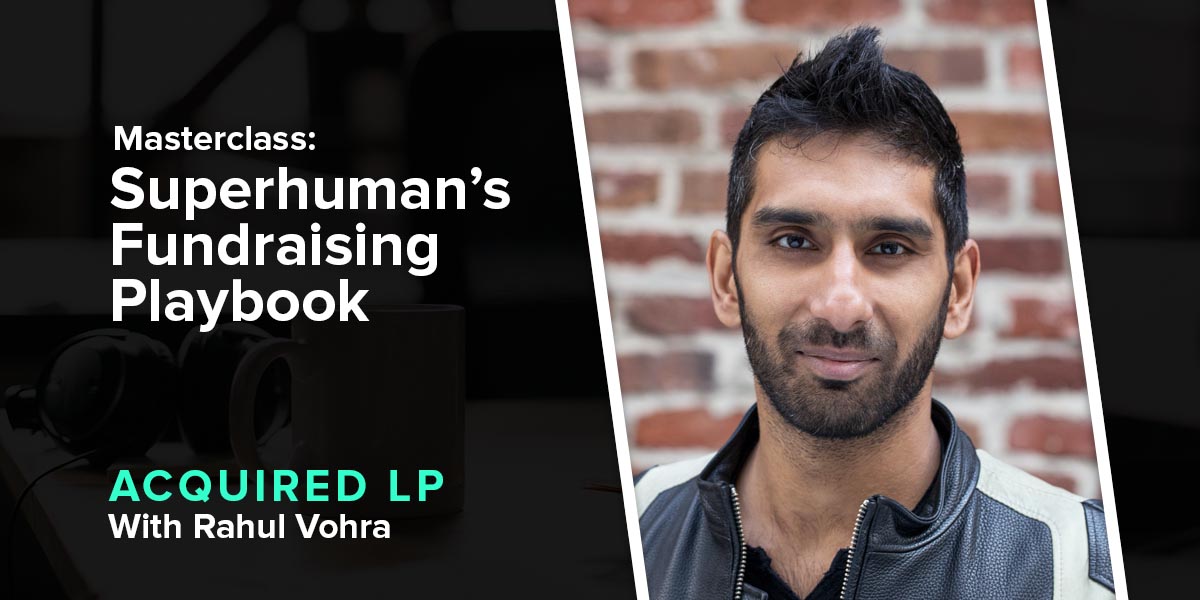 Superhuman CEO Rahul Vohra joins us for an absolute masterclass on startup fundraising that shatters much outdated traditional wisdom in the space. We cover why it's possible to build momentum and raise even as a solo founder, how you should think about syndicates vs. "brand name" VCs, and why you always want to be preempted and how to make that happen. This episode is a 100% must-listen for anyone raising money now, or planning to in the future.
‍

1. How to run a successful fundraising process

3. Investing while also being a founder / operator

4. Bonus! The origin story behind the Superhuman name
‍