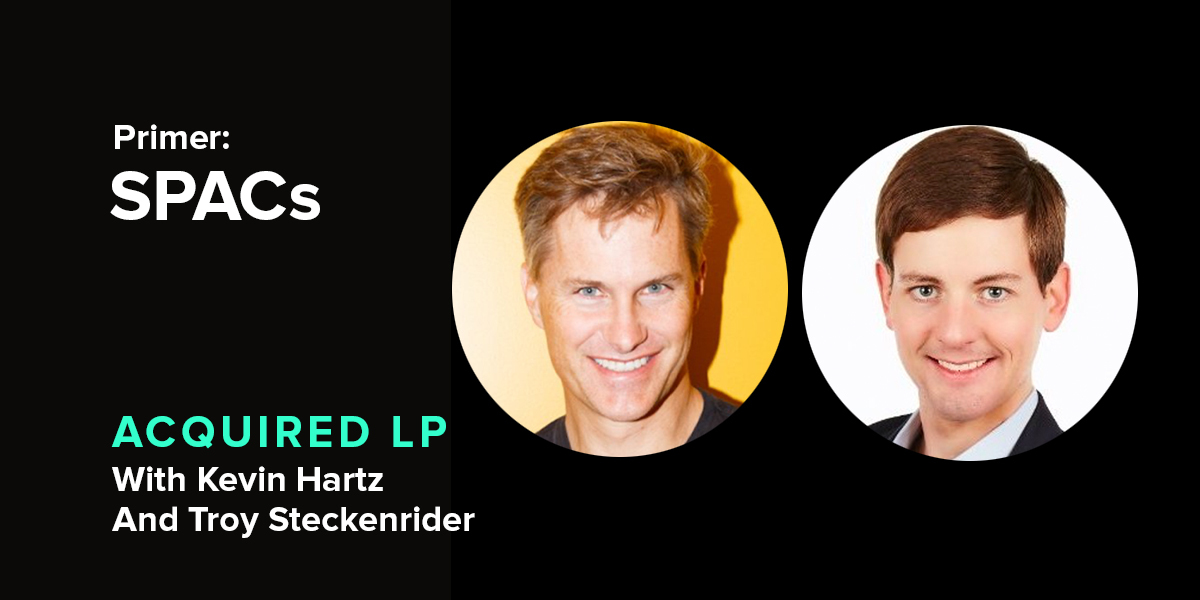 We dive into everything you need to know about SPACs — what they are, why they're a compelling alternative to IPO/DPOs, and how they might play an even more important role in startup financing going forward — with two of the very best people to teach us: Kevin Hartz and Troy "SPAC Professor" Steckenrider of the newly-minted $200m SPAC, AONE.