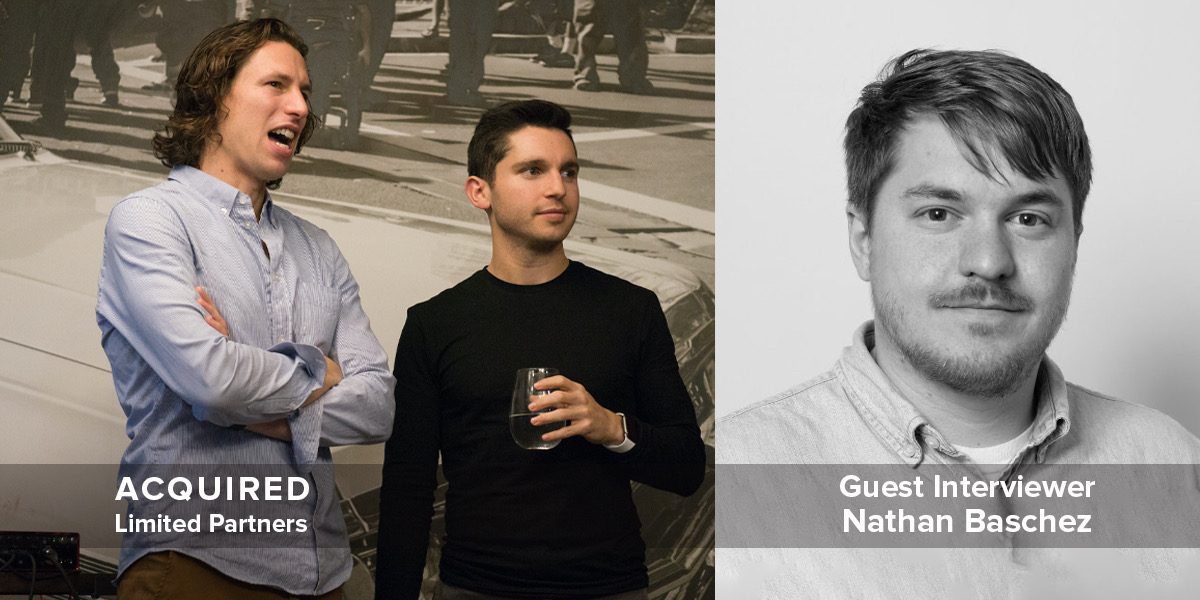 Ben and David agree to have the tables turned in a great interview by friend and longtime Acquired supporter Nathan Baschez, who was formerly the Head of Product at both Gimlet Media and Substack, and now writes the excellent Divinations newsletter on tech and business strategy.

This episode originally came about because one of Nathan’s first articles at Divinations kindly focused on Ben and Acquired, which you can read in full here: https://divinations.substack.com/p/ben-gilbert-on-how-acquired-launched

The core Divinations newsletter is free for everyone, but if you’d like special access to any of their paywalled content, Nathan shared this discount link for all Acquired LPs: https://divinations.substack.com/acquired . Check it out!