Travel for the Creator Economy 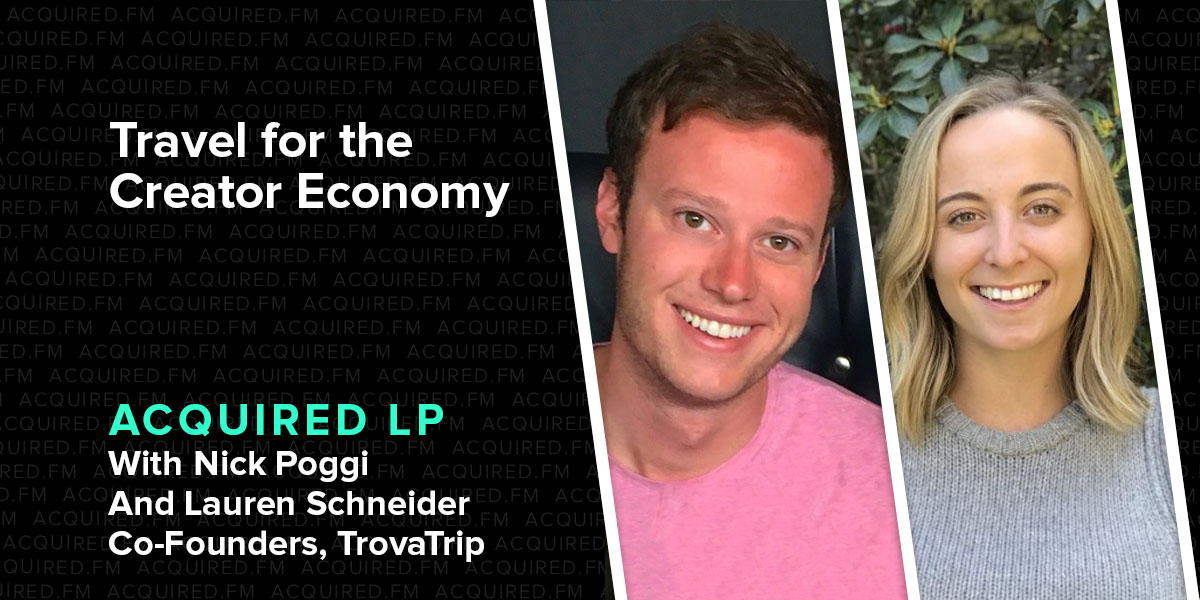 We sit down with TrovaTrip co-founders Nick Poggi and Lauren Schneider to talk about travel for the creator economy. This one is very close to home since Ben is on their board!

TrovaTrip is a marketplace that enables creators to easily plan trips to places around the world with their audiences. It's a whole new way for people to travel, with other like-minded people who share the same passions and communities. We talk with them about growing from a bootstrapped business to over 10,000 travelers booked, growing a travel business during the pandemic, and dive deep on the power of choosing a business model with favorable cashflow dynamics. Tune in!