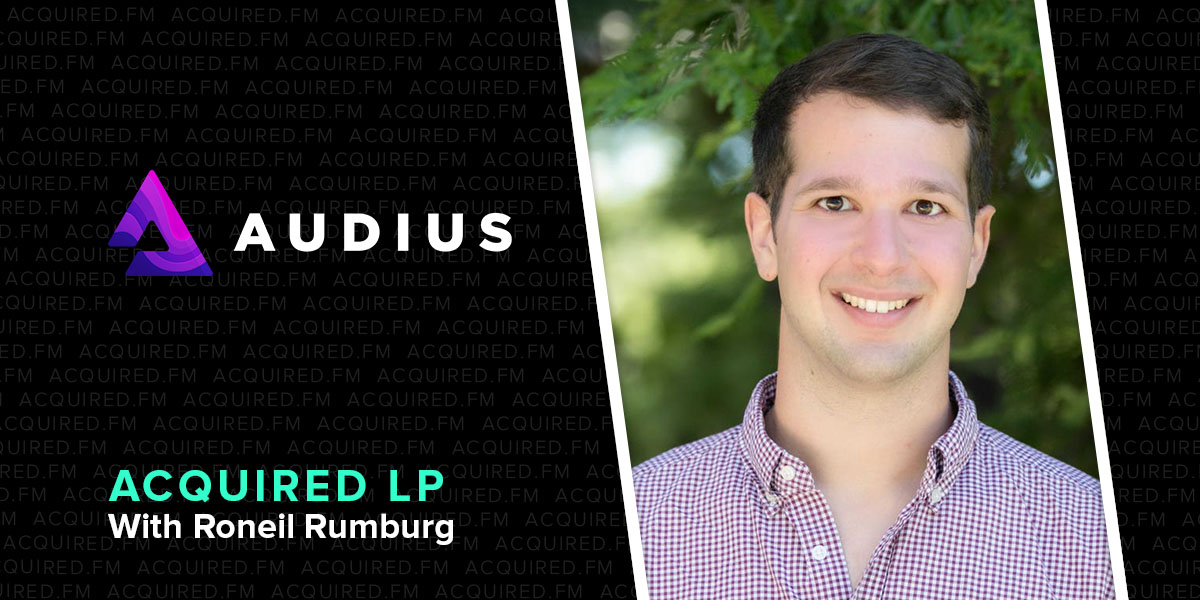 We sit down with Roneil Rumberg, the cofounder and CEO of Audius — the decentralized music platform which currently is likely the widest-adopted Web3 project in existence with over 6m active users. This conversation was AWESOME, and covers everything from Silicon Valley history, to how the music industry works, to the technical aspects and challenges of building a Web3 project today. Huge thank you to Roneil to joining us, and we're looking forward to hearing more from Audius on Acquired in the years to come!