Managing a Crypto Fund (with Kyle Samani from Multicoin Capital) 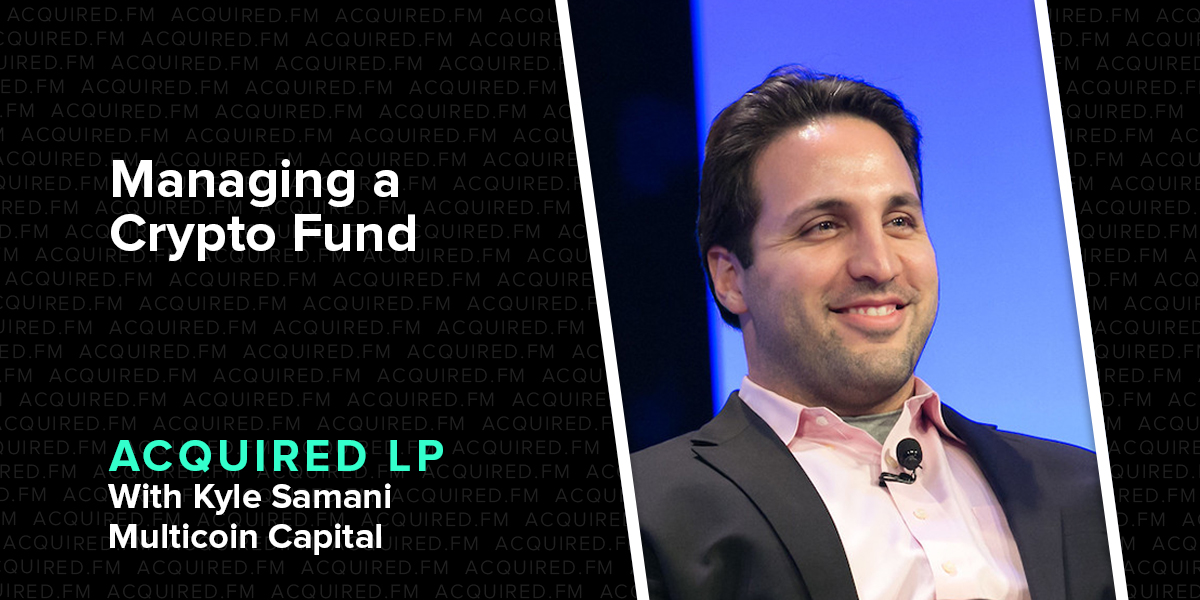 How on earth do you professionally manage a crypto investment firm? That was the question we wanted to find out, so we dialed up one of the best in the business: Multicoin Capital cofounder and managing partner Kyle Samani. Appropriately fresh on the heels of our Solana special episode (Multicoin was one of Solana's earliest investors), we dive into how in a few short years Kyle, Tushar and the team have built one of the largest and most well-known dedicated crypto funds on the market. We cover Multicoin's three crypto "mega-theses", how they've structured the firm across both a venture and hedge fund, and the dynamics of managing capital and running a firm in the new and fast-moving world of crypto investing.