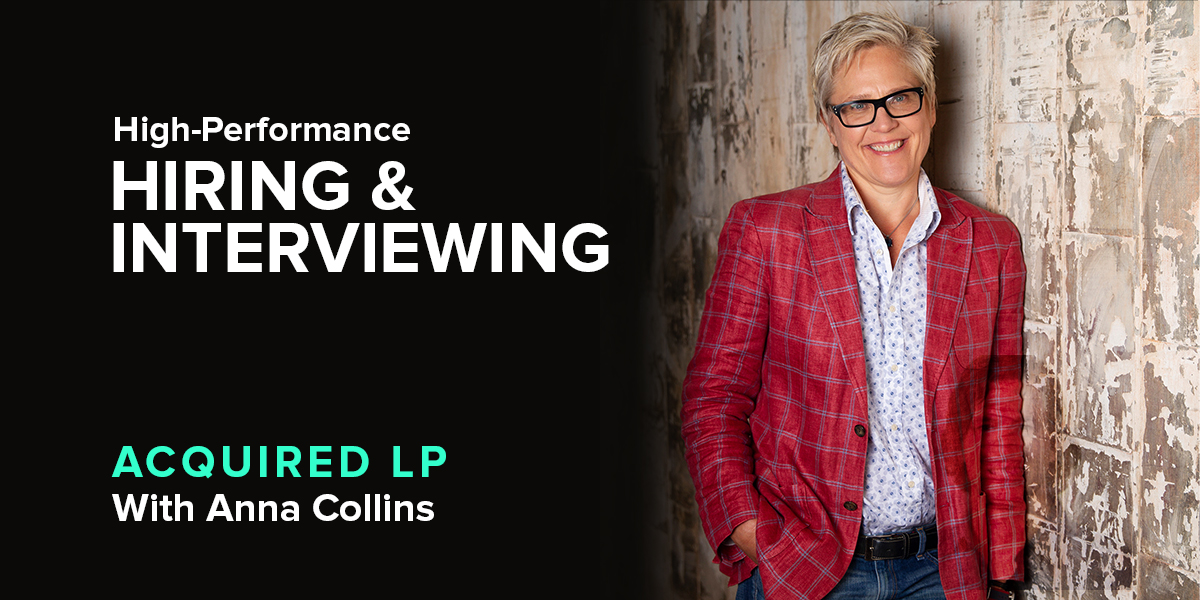 We're joined by former Amazon, Microsoft and Bulletproof executive Anna Collins to discuss how high-performance organizations structure their hiring and interview processes. Whether you're a small startup or a big public company, as Anna puts it, there is no more important question than who you put "on your bus". Anna distills what she's learned across 20+ years and making thousands of hires into actionable, must-listen advice for anyone aiming to grow their organization in a high-performance manner (or on the other side, anyone looking to join a high-performance company!).

Plus: some of Anna's personal favorite interview questions, and how to assess the answers.

You can listen to this episode as a part of the Acquired Limited Partner Program.