Kim-Mai Cutler: from Journalist to VC 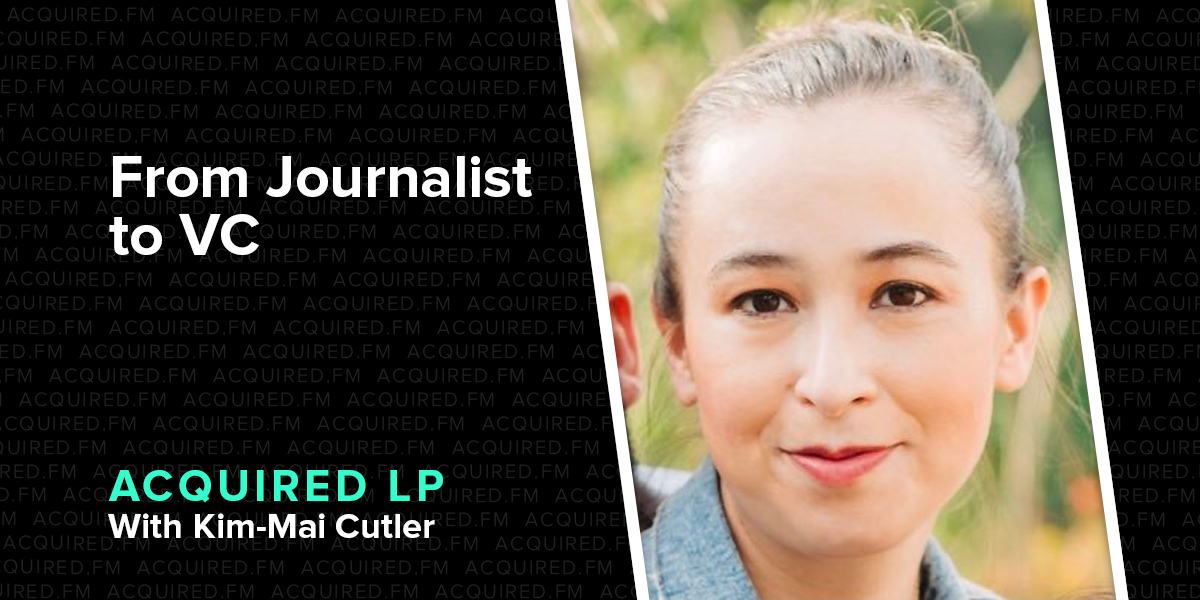 We sit down with Initialized Capital's Kim-Mai Cutler to talk about her opposite journey from us at Acquired, going from journalist to VC. We riff on how the landscape has evolved from Kim-Mai's parents' "Hewlett Packard generation" in the Valley through the TechCrunch era that se was a big part of, to today and how the nature of reporting, investing and influence -- the intersection of the two -- has changed.

Pricing: everything you wanted to know but were afraid to ask with ProfitWell CEO Patrick Campbell