Pricing: everything you wanted to know but were afraid to ask with ProfitWell CEO Patrick Campbell 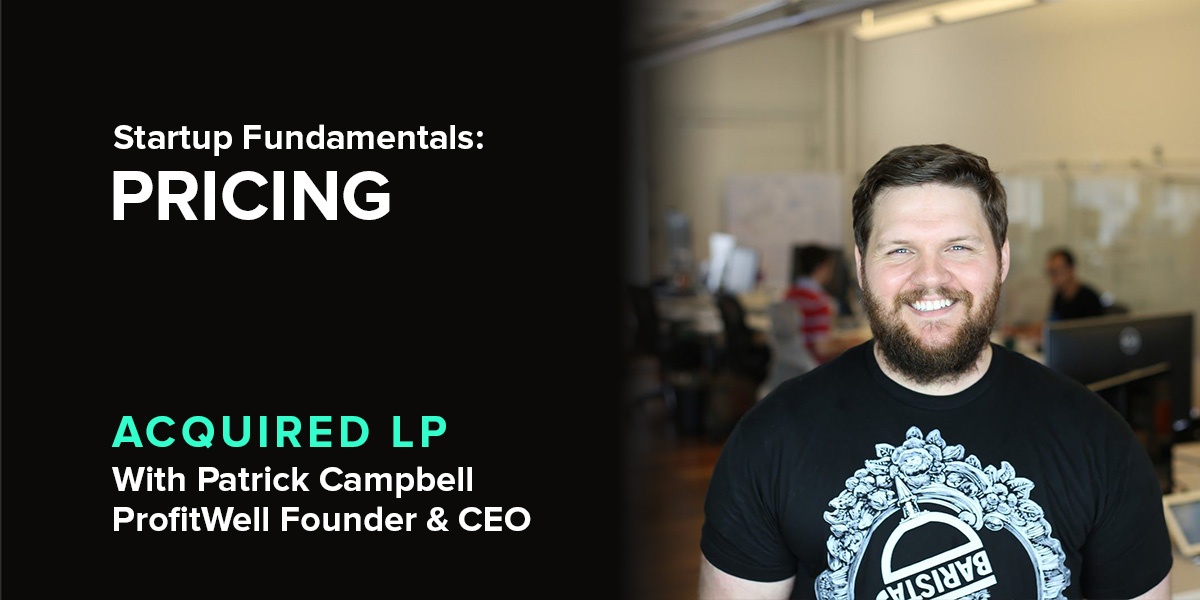 We're joined by Patrick Campbell, founder & CEO of the world's leading SaaS profit-optimization service ProfitWell, to dive deep on all things pricing and monetization. Patrick began bootstrapping ProfitWell 8 years ago, and has since grown the business into a massive success with customers like Notion, Lyft, Masterclass, Atlassian, Help Scout, HubSpot, Cisco, Autodesk and many more. Patrick gives us a masterclass in how to think with a profit-maximization lens about pricing, feature development, growth and retention. And, as a special bonus at the end of the episode, he talks about his own entrepreneurial journey, bootstrapping the company without any venture funding, along with challenges overcome along the way. This episode has something for everyone to learn about company building — and is not one to miss!

You can listen to this episode on the LP Show.

Star Wars: The Rise of Skywalker (with Chetan Puttagunta, General Partner at Benchmark)