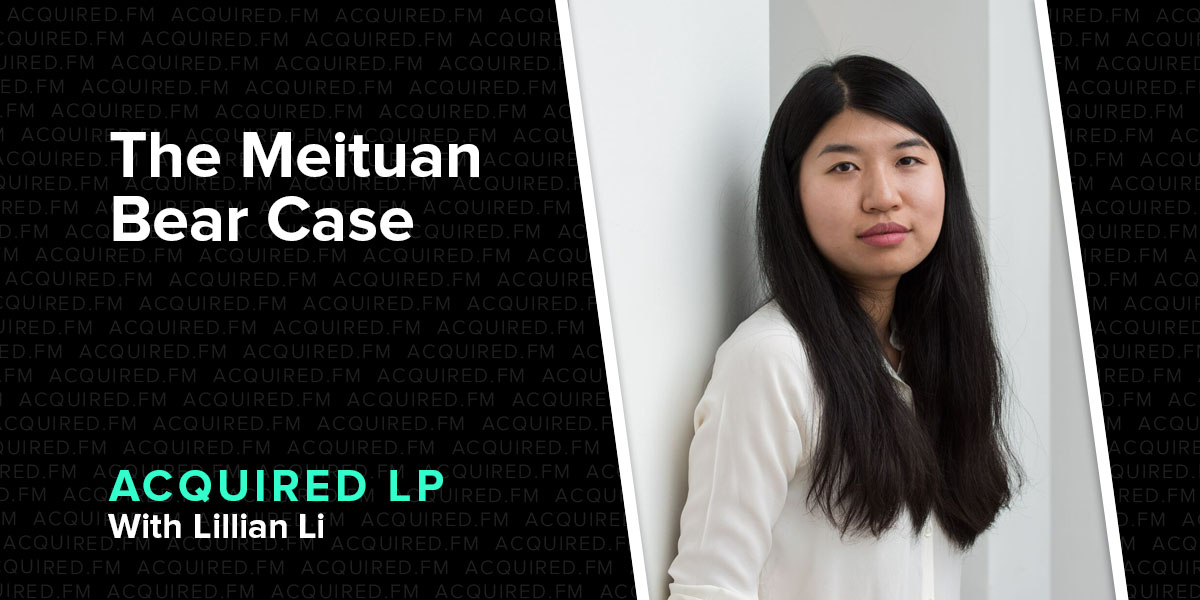 When the internet’s top China tech analyst Lillian Li posted a great Twitter take (linked below) on our Meituan episode, we knew we had to try to get her on the LP Show to tell us all more. What’s really going on with these platforms on the ground in China, what is the government’s role in all this, and why is Meituan’s outlook “rosy, but maybe not quite as rosy as we painted on the episode”? Thanks to the magic of the internet, a few Twitter DMs later and voila — not only do we have this awesome episode with her, but a new friend and collaborator on hopefully much more Western - China tech crossover content to come!