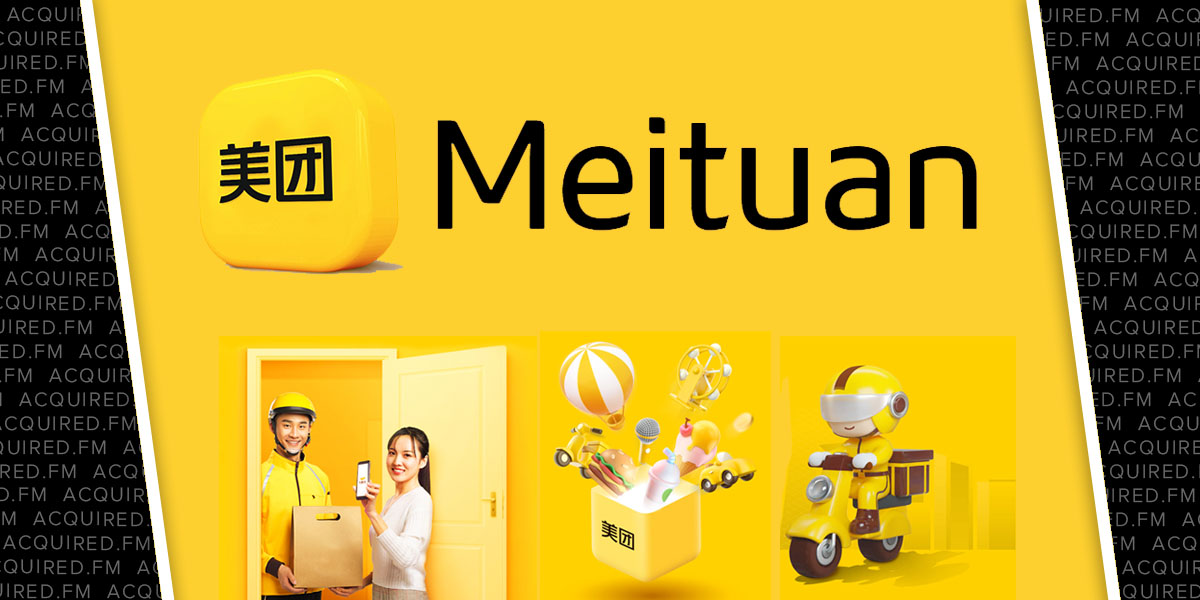 The Complete History and Strategy of Meituan

We dive into the history behind Meituan, the juggernaut Chinese "super-app" which dominates China's services economy, offering consumers everything from food delivery, restaurant reviews, travel booking, bike-sharing, movie ticketing, and countless other entertainment and lifestyle services all at the touch of a button. Already China's 3rd largest tech company by market cap (behind just Tencent and Alibaba), Meituan did $15 billion in net revenue in FY2019 and continues to grow rapidly. What makes it so special, and how were they able to become the market leader in such a competitive space? This story is packed with lessons that apply equally beyond China tech to high-growth company building and investing everywhere.
‍

If you love Acquired and want more, join our LP Community for access to over 50 LP-only episodes, monthly Zoom calls, and live access for big events like emergency pods and book club discussions with authors. We can't wait to see you there. Join here.
‍

2. When you spot a market that's both large and growing fast — ride that wave!!

4. Old news, but always worth repeating: the days of China simply cloning American tech companies are long gone. Today it's China, not the US, that's leading innovation on mobile and the internet more broadly across many categories.