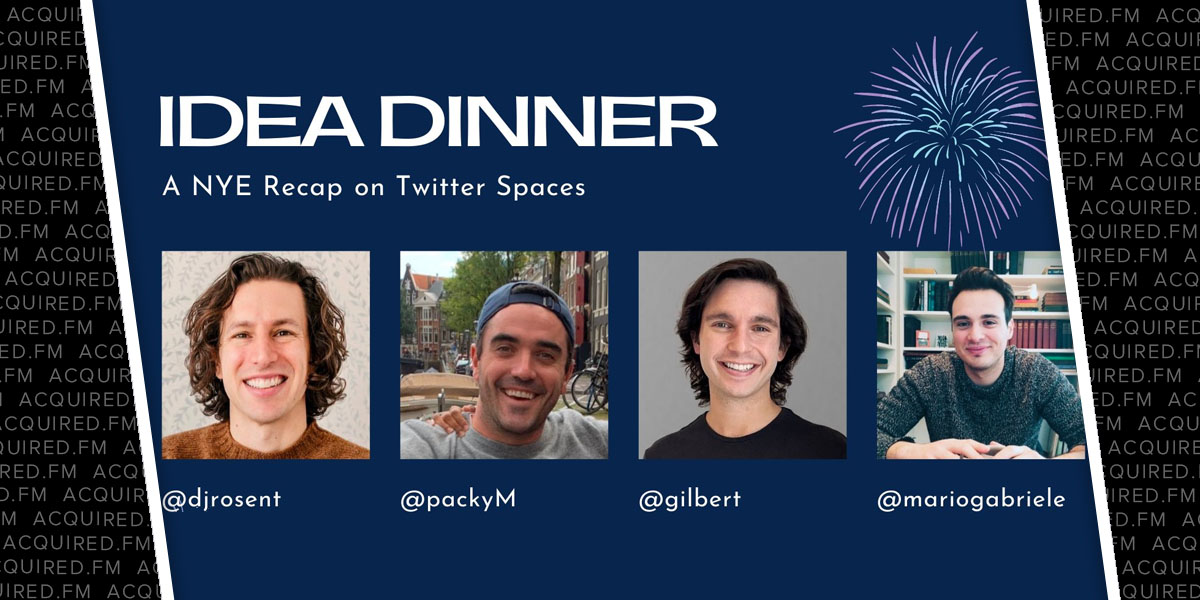 Originally broadcast live on New Years Eve: we raise a glass (of coffee haha) and recap 2021 with our besties Mario Gabriele from the Generalist and Packy McCormick from Not Boring. Thank you for making 2021 an incredible year for all of us at ACQ, NB + TG, and may 2022 be filled with great things and grand adventures for us all!