Making your customers your secret weapon (with Highspot's Oliver Sharp) 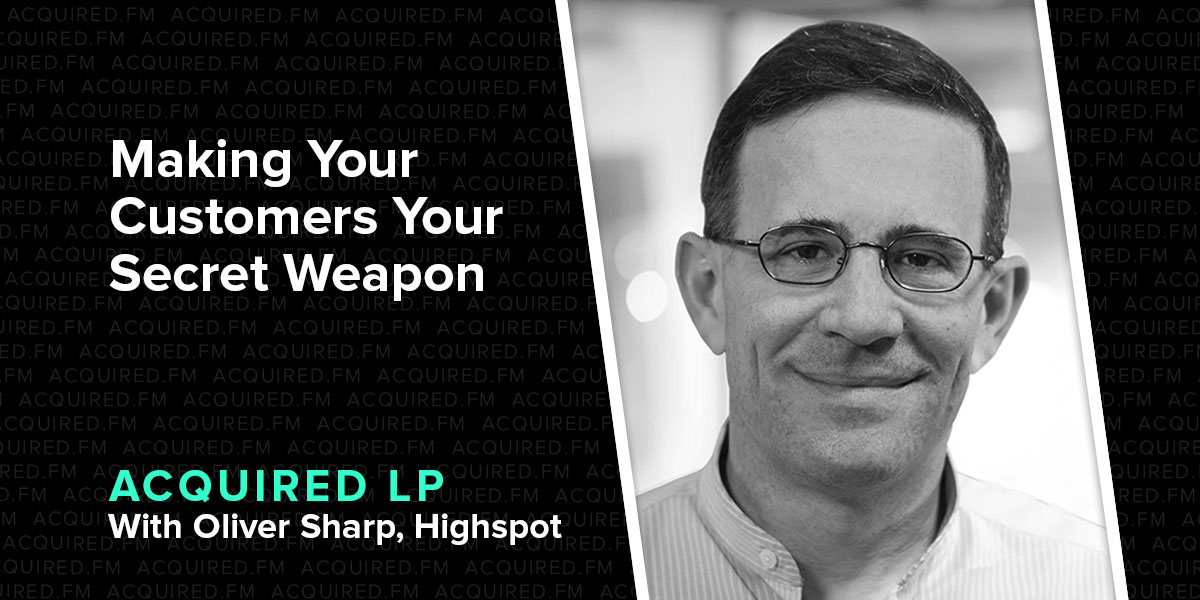 We're joined by Oliver Sharp of Highspot, Seattle's most recent unicorn company (at least at the time of recording!), to talk about how and why to architect everything a software company does around its customers — what today is often called "customer-led growth" — but really represents a company building philosophy that runs much deeper. Oliver has serious software cred: he first joined Microsoft in 1984, and then later became part of Bill Gates' famous "TA" staff after Microsoft acquired his first startup. The conversation was *fantastic* and we owe a huge thank you to Oliver for sharing his decades of learning by doing with us. Make sure you don't miss this one!