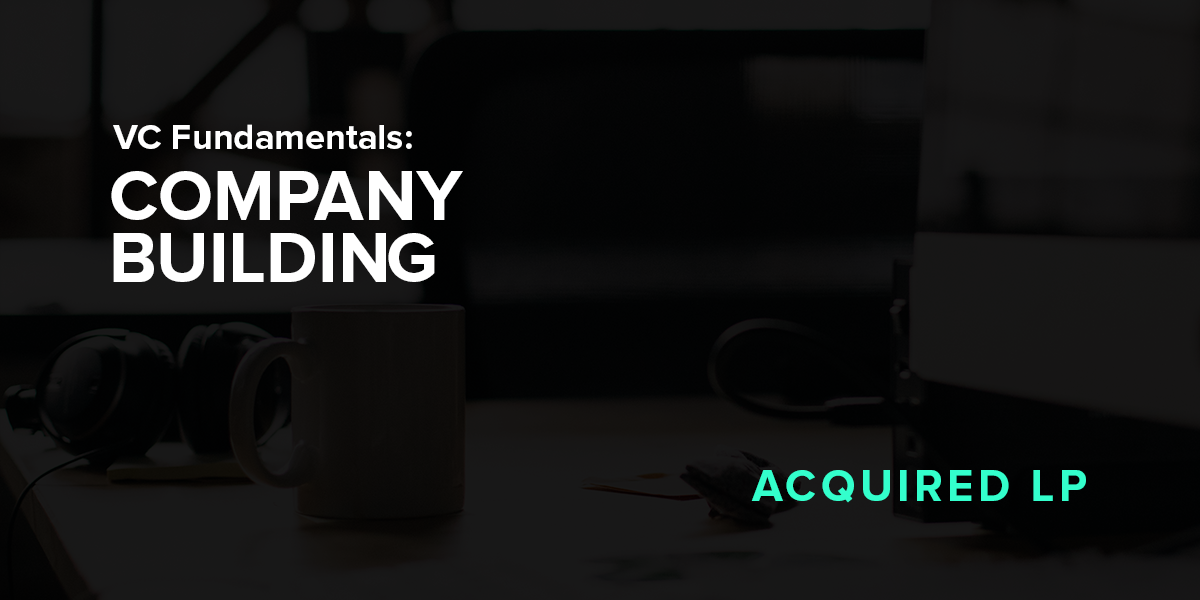 Despite many advances in industry transparency over the past decade, much about the actual "jobs of a VC" remains locked inside venture's apprenticeship model and institutional knowledge at firms. We aim to change that with the VC Fundamentals series: our goal is to draw back the curtain on the actual tasks that VCs do day-to-day, how you can learn them, and ultimately what's required to succeed. We hope this series will be helpful both to anyone looking to break into the industry (and even to those who are already practicing), and also for entrepreneurs and consumers of venture capital to understand more about the motivations and activities of VCs across the table.

We continue our VC Fundamentals series with Company Building — everything that happens after you write the check. We catalog the different categories, strategies and tactics for VCs to "add value" to their portfolio companies, from direct involvement to portfolio services to simply doing nothing (often better than many alternatives!). For both of us, this is the best and most fun part of being an investor, and we hope that shines through in this episode. Here's to building great companies!

1. The goals of Company Building:

2. The four categories of company building:

3. Activities you actually do:

4. And perhaps the most important Company Building advice of all: Don't Freak Out.