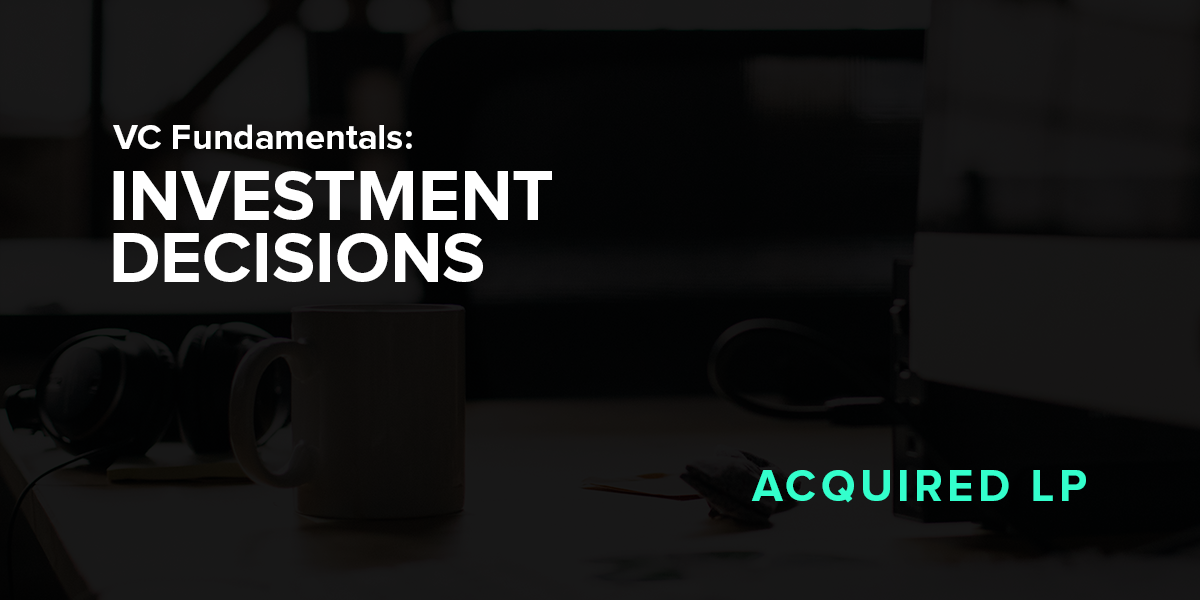 Despite many advances in industry transparency over the past ~10 years, much about the actual "jobs of a VC" remains locked inside firm/institutional knowledge and venture's apprenticeship model. With this series we aim to change that. Our goal is to draw back the curtain on what the actual tasks are that VCs do day-to-day, how you can learn them, and ultimately what's required to succeed. We hope this series will be helpful both to anyone looking to break into the industry and to those who are already practicing, and also for entrepreneurs and consumers of venture capital to understand more about the motivations and activities of those across the table!

We continue the series with (initial) investment decision making: how it's done in practice across the industry, who within firms makes these decisions, and -- most importantly -- the incentives and behavioral finance elements that shape people's actions. Our goal on this one was to explain and hopefully bring to light a process that impacts nearly everyone in our industry, but few people are ever exposed to (and even then only rarely).