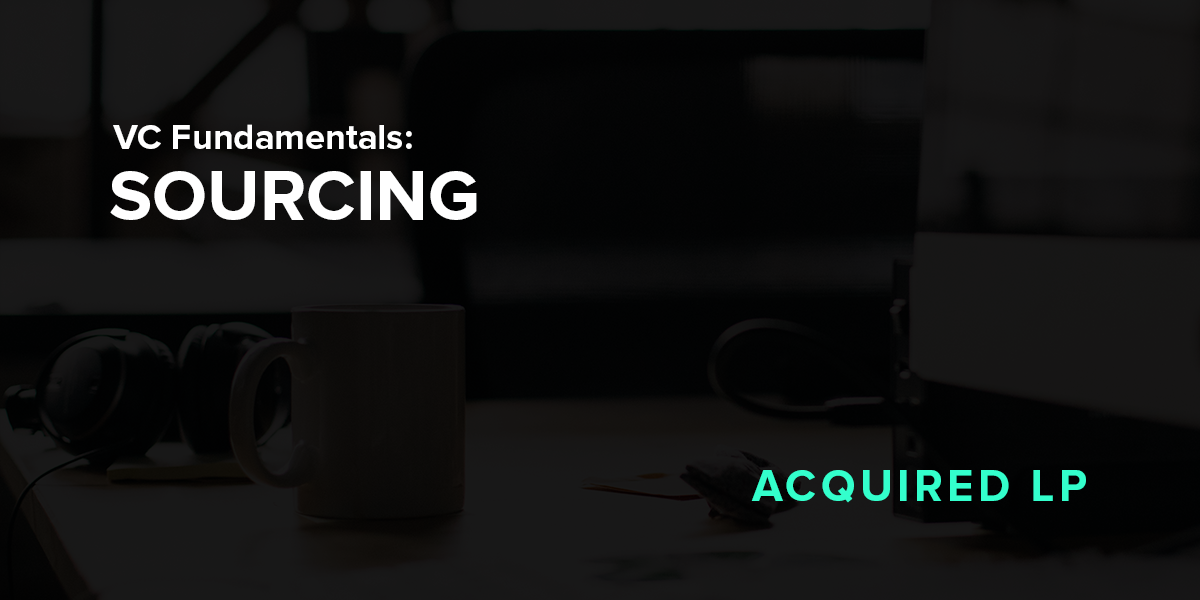 Despite many advances in industry transparency over the past ~10 years, much about the actual "jobs of a VC" remains locked inside firm/institutional knowledge and venture's apprenticeship model. With this new series we aim to change that. Our goal is to draw back the curtain on what the actual tasks are that VCs do day-to-day, how you can learn them, and ultimately what's required to succeed. We hope this series will be helpful both to anyone looking to break into the industry and to those who are already practicing, and also for entrepreneurs and consumers of venture capital to understand more about the motivations and activities of those across the table!

In this episode we start with sourcing: what it is, why it's important, who does it and when, and -- most importantly -- the brass tacks of where to look and how to do it.