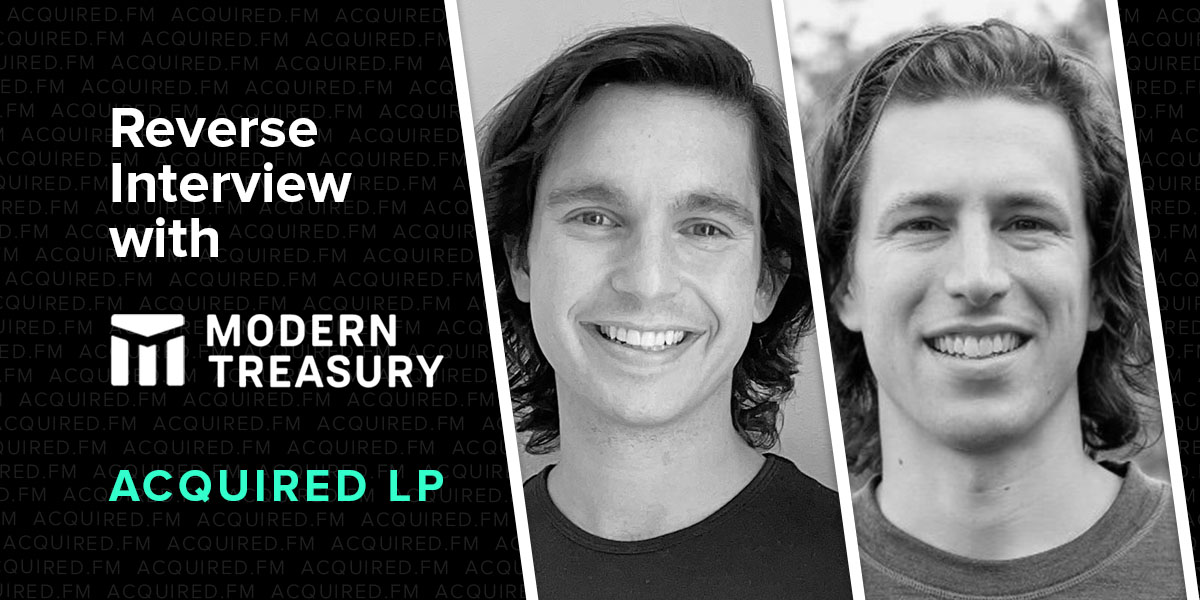 The very cool (and also very hot! you can read about their recent funding rounds from Benchmark and Altimeter) fintech startup Modern Treasury recently asked if they could interview us for their internal "Coffee Break" series of fireside chats. We agreed, on one condition... that we also get to interview them and share with Acquired LPs! The result was a match made in Acquired interview heaven. :)