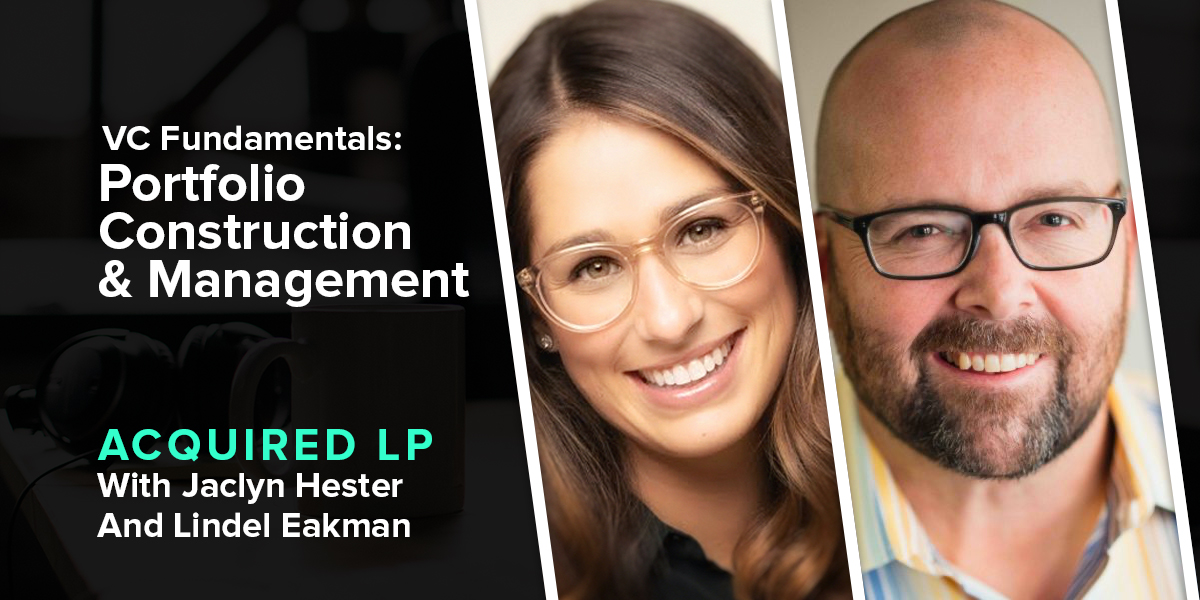 Despite many advances in industry transparency over the past decade, much about the actual "jobs of a VC" remains locked inside venture's apprenticeship model and institutional knowledge at firms. We aim to change that with the VC Fundamentals series: our goal is to draw back the curtain on the actual tasks that VCs do day-to-day, how you can learn them, and ultimately what's required to succeed. We hope this series will be helpful both to anyone looking to break into the industry (and even to those who are already practicing), and also for entrepreneurs and consumers of venture capital to understand more about the motivations and activities of VCs across the table.

We continue our VC Fundamentals series with Portfolio Construction & Management — how do you build and manage a fund's portfolio as a whole, beyond each individual portfolio company and investment decision? We brought in two of the very best people in the world to help us dissect this topic: Jaclyn Hester & Lindel Eakman of Foundry Group. Jaclyn and Lindel have been early and longtime LPs in some of the best venture funds in the world: USV, True, Spark — and of course Foundry — and now also sit on the GP side of the table at Foundry. Tune in for a master class on how the best VC managers think about generating and optimizing fund performance.
‍

2. Portfolio construction: how do you allocate the fund's capital across companies?